Golos gives users monetary rewards for any meaningful contribution to the platform. Of these contributions the most important are:
- Creating or posting content which the other users consider valuable (like)
- Finding valuable content and upvoting it

The mechanism is designed so that the users decide what is valuable and who the rewards go to. Each user has a certain voting-power, which determines how much weight the vote has. More voting-power can be acquired by earning rewards or by purchasing it. There are also many other ways to contribute to the platform and earn rewards, but which are more technical.

Rewards are payed in a gold-equivalent currency, which can be converted to any other currency. The currency can be easily used inside the golos-network by sending it directly to another user anywhere in the world. Users are payed interest if they invest the earned rewards in the platform.

The Golos -site is a front-end to the golos-blockchain. This means no content is censored, and the blockchain (all contents and history) can be accessed from any other current or future front-end. Anyone can freely create an app or frontend to the blockchain, but Golos is the first and most complete one.

Golos requires no log-in for consuming content, but for posting, commenting and receiving rewards a username is needed. At the moment one can use a VK or Facebook profile to get started. Each new user gets some golos power to get started. 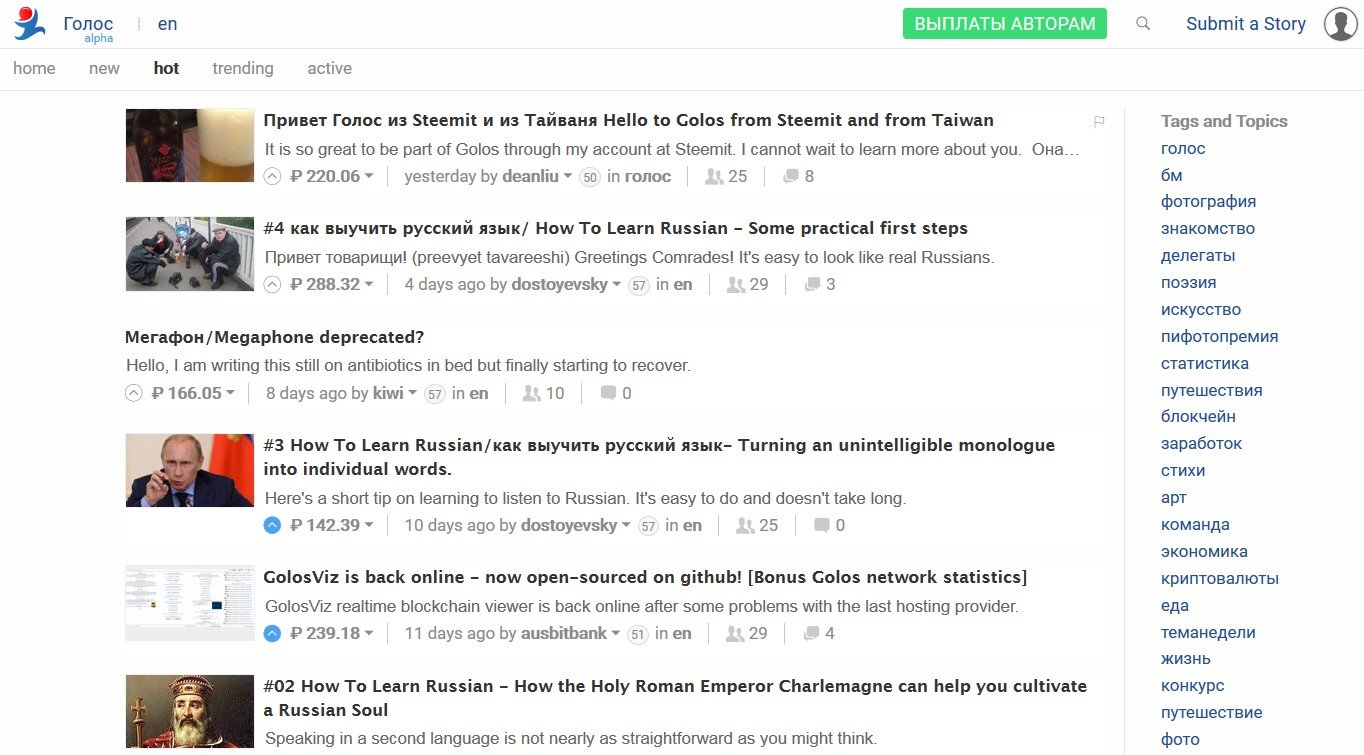 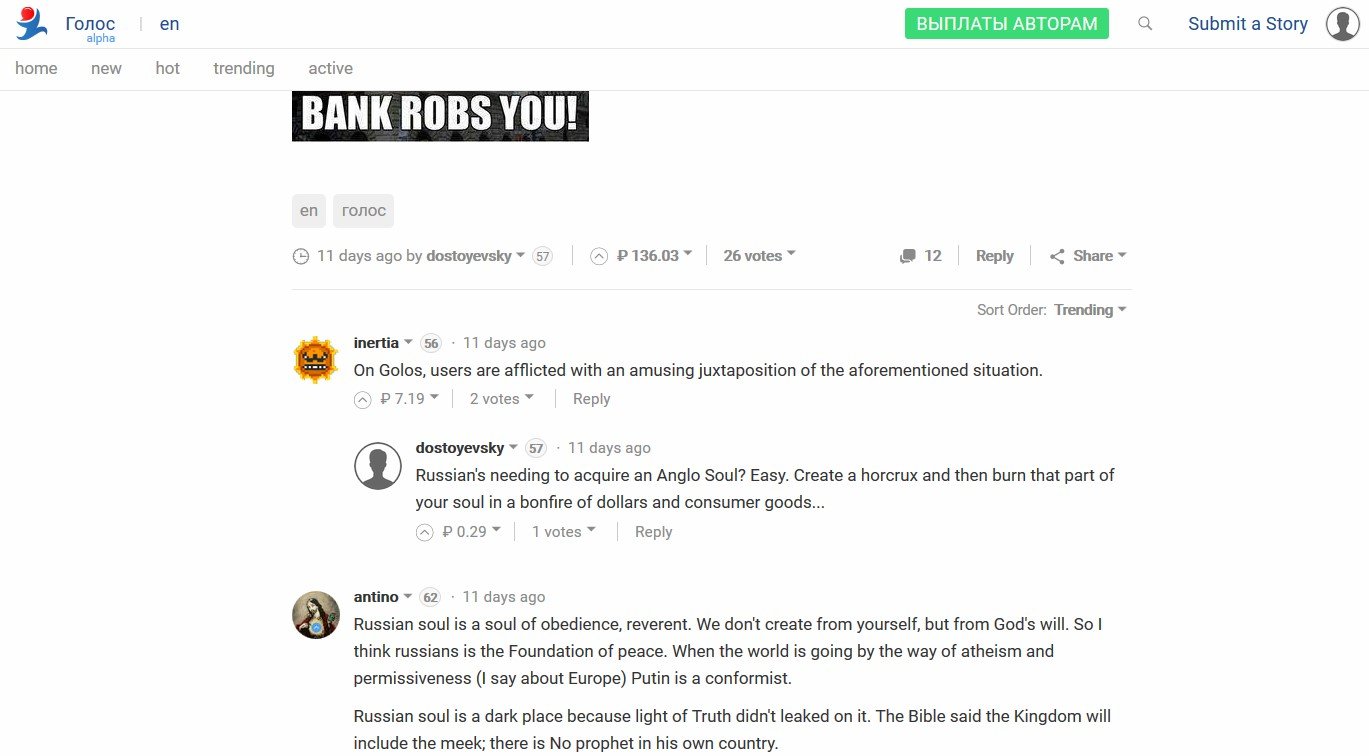 Alternatives to Golos for Web, Android, iPhone, Windows, iPad and more. Filter by license to discover only free or Open Source alternatives. This list contains a total of 34 apps similar to Golos.