The in-game overlay shows users and who is talking in-game.

Mumble provides positional audio for certain games, meaning you can hear the people you play with from the direction they stand in in-game, and louder the closer they are (configurable).

Through additional scripting using the Ice protocol for communication, (eg) webinterfaces can be used for easier server management.

Combining the scripting interface with the positional audio data can switch users to teams channels or other useful automation.

An official iPhone client is available as well. For Android, no official client is provided, a but the community published a free client.

Mumble is continued to be maintained and developed by a small core team as well as the open community as a whole. 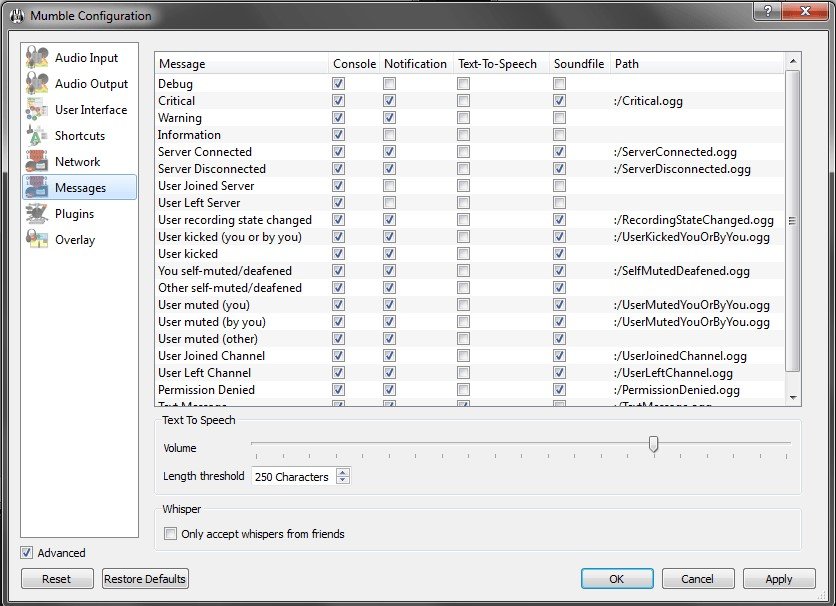 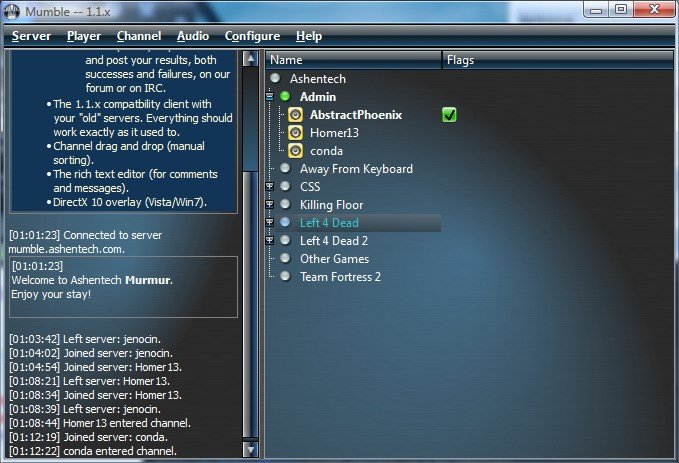 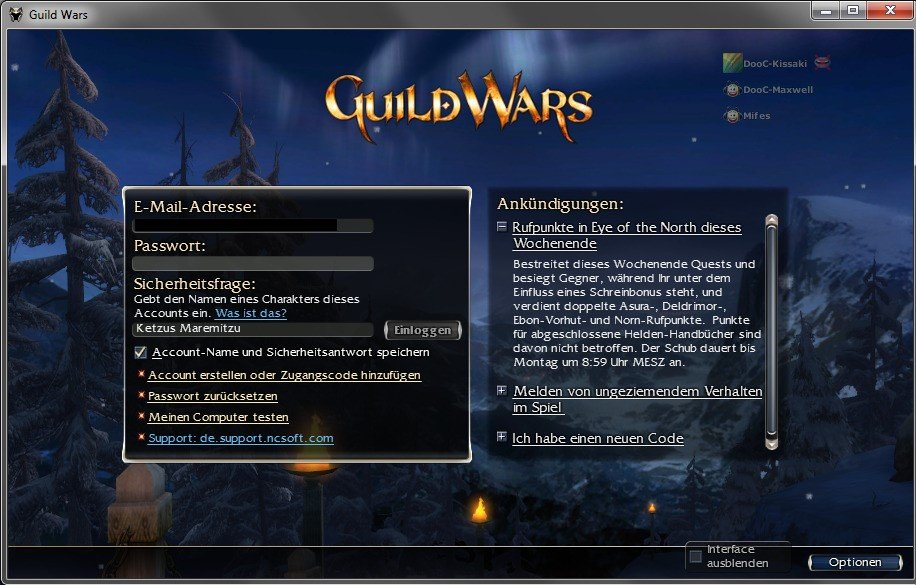 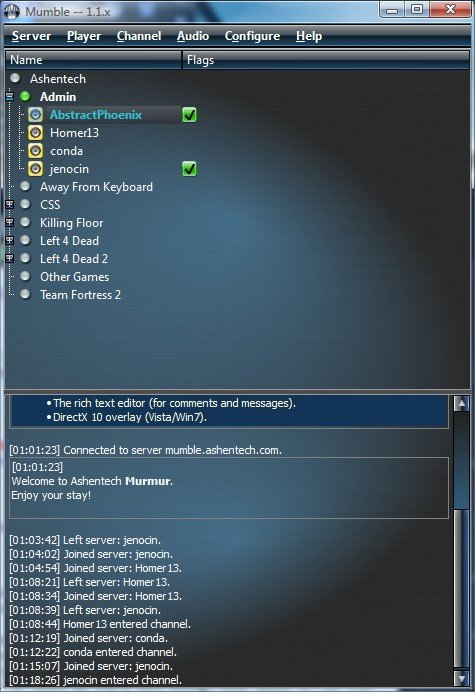 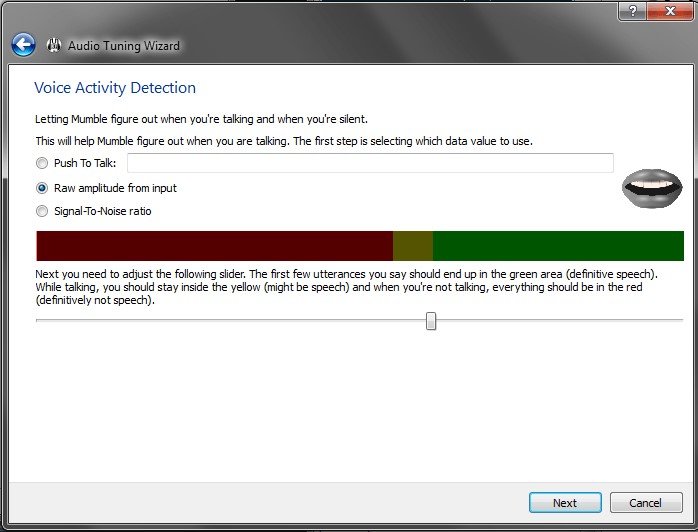 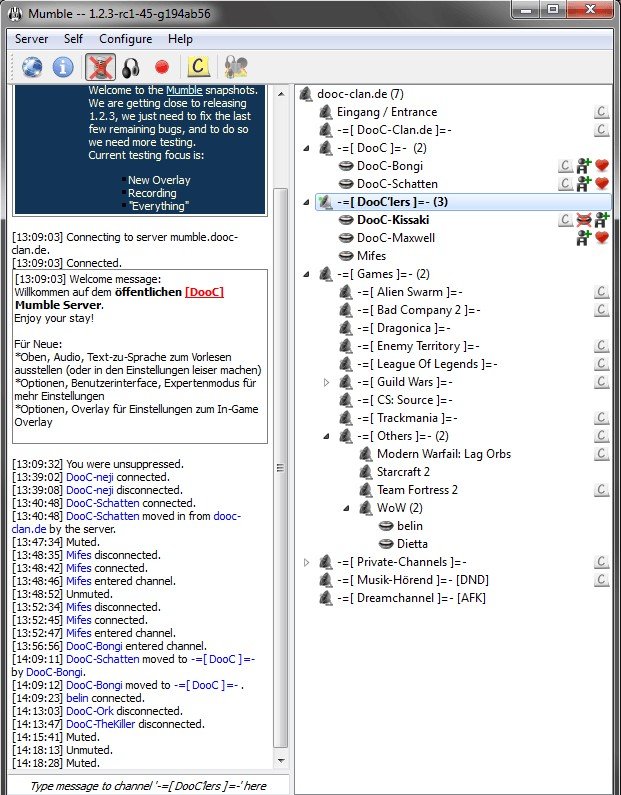 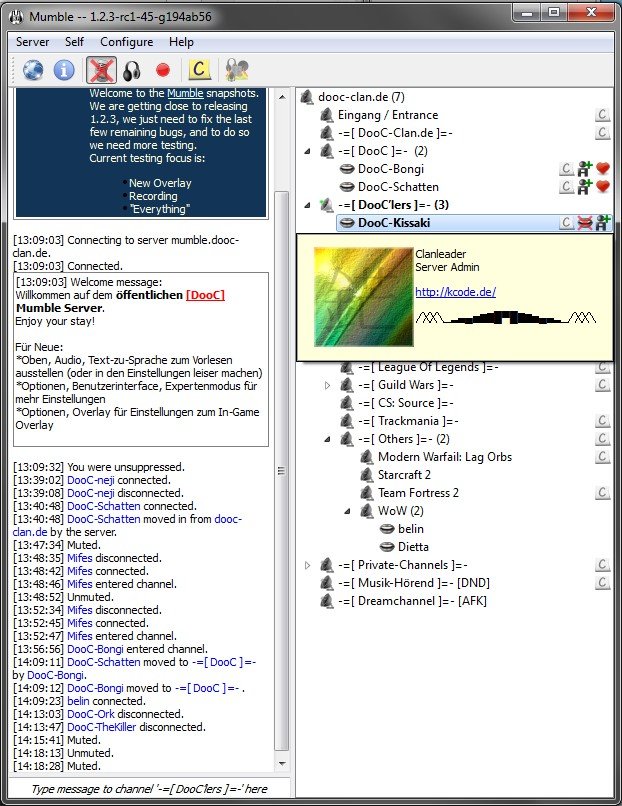